Welcome to the Part Four of a series of musings on entrepreneurship.

In last month’s blog post of The Martin Haese Report where we discussed Disruption, I described the ways that big companies such as Gillette, Michael Hill Jewellers and Nike have used social causes to disrupt their customer base and target Millennial consumers.

However, it should be noted that Millennials are not the only socially conscious generation and many large companies have been supporting worthwhile causes for decades.

Some of this support has been overt as in the case of Ronald McDonald House and the Westpac Rescue Helicopter in Australia and some of it slips quietly under the radar like Bunning’s support for school gardens as well as community clubs and other causes through their regular sausage sizzles.

What has changed though, is that conscious consumerism, the idea that organisations have a soul and care about something beyond their bottom line, has been elevated up the list of things that customers consider when making their purchasing decisions.

When organisations use social causes as part of their marketing toolkit, we might see ‘buycotts’ and boycotts at the extremities but for the most part, consumers tend toward the responsible centre and an organisation’s support for social causes has become a contributing factor to purchasing decisions rather than a deal maker or breaker.

Having said that, any organisation that adopts a social cause or even a charity as part of their strategy must do so in an authentic way and become genuine champions for that cause.

The public are, quite rightly, unforgiving of lip service and publicly hostile to hypocrisy.

Most people associate the term ‘entrepreneur’ with the world of start-ups, business or commerce, but if we go back to the first blog in this series, Are entrepreneurs born or made? I offered that entrepreneurialism is a mindset or modus operandi and entrepreneurs are people who;

2. Assume the responsibility for the risk involved in new ventures, and

3. Have the managerial skills to gather and deploy the required resources

While these skill sets are particularly well suited to the business world, each is also transferable beyond.

Social entrepreneurs come in all shapes and sizes, from NGOs, micro finance, social enterprises, community groups and non-profits through to regular businesses that put social issues at the centre of their offer. In fact, the sector even has a name, as its often referred to as the ‘for purpose sector’. 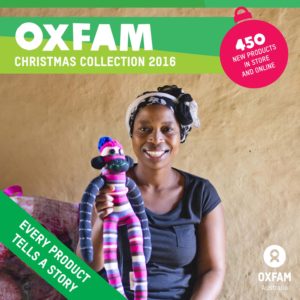 Non-Government Organisations are some of the most visible socially entrepreneurial organisations and include global names like the Red Cross, Oxfam, Medicine Sans Frontieres, Sea Shepherd, Amnesty International and Greenpeace.

Just like any entrepreneur, each of these organisations has a driving purpose or ‘big idea’ that defines their organisation and their every action.

With regard to NGOs, some might argue that the first item on my list of entrepreneurial attributes, ‘Creates and/or recognises opportunities’ might read ‘recognises existing threats or problems’, but it largely depends on how you define ‘opportunities.’ Personally, I have always been inclined to think of opportunities and threats as two sides of the same coin.

For example, Oxfam’s goal might be to end world poverty which, at first glance, seems like a problem to be solved. However, one of the ways they have gone about this, is by recognising the opportunity to empower small producers in the third world and providing access to western households (via Oxfam shops and a wholesale arm) for their products.

When I was the Lord Mayor of Adelaide, I had the pleasure of meeting Professor Muhammad Yunus who shared with me his extraordinary story of social entrepreneurship. He signed a copy of his latest book, ‘A World of Three Zeros’ for me. I have read it twice. 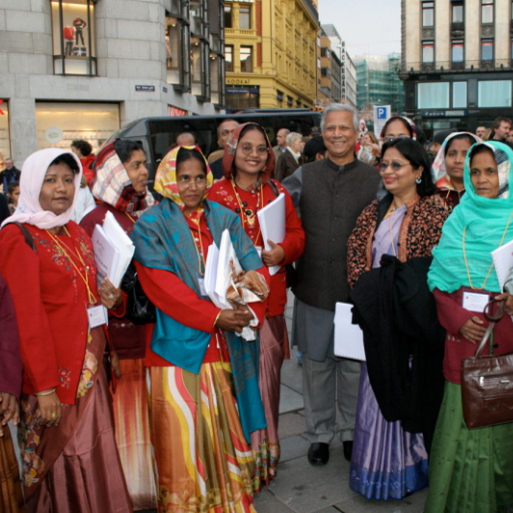 Professor Yunus began working on what would become Grameen Bank in 1976 in the wake of a devastating famine that struck Bangladesh in 1974. The idea was simple, a community development bank that could make small, low interest loans to impoverished families without collateral.

His first loan of $27 (USD) was seed funding for a group of 42 families to make products for sale.

Professor Yunus expanded this micro finance concept to villages near the University of Chittagong and gained the support of the national, Bangladesh Bank.

In 1983, Professor Yunus’ project was granted the status of an independent bank by the Bangladesh government and despite setbacks from natural disasters, it has grown to 2,600 branches, approximately 9.08 million borrowers and an estimated 97% of the borrowers are women.

Professor Yunus was awarded the Nobel peace prize in 2006. He has written several best-selling books including one called ‘Building Social Business’. I recommend that you read it to further your knowledge on this topic.

The success of Grameen Bank has inspired and paved the way for similar social enterprises such as Kiva.

Kiva has lent $1.3 billion to 3.3 million entrepreneurs in 78 countries.

While the term ‘not for profit’ can, for legal and taxation reasons, define various types of organisations, I am using it here to describe charities and social enterprises.

Every charity has been set up for a specific purpose, be it restoring eye sight for children (Sight for All), alleviating poverty (St Vincent de Paul), or funding nurses for breast cancer sufferers (McGrath Foundation) however, the most successful charities use entrepreneurial skills and traits to serve their purpose. 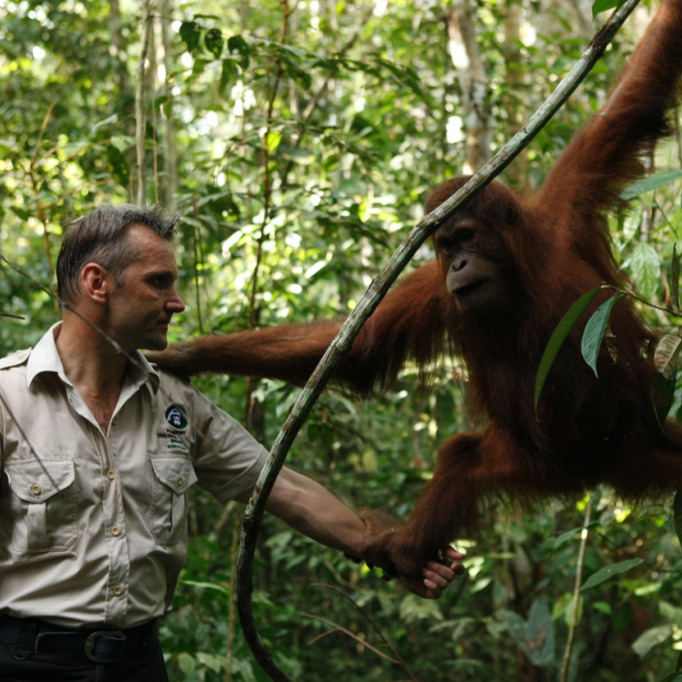 For many not for profits, fundraising is an important part of their activities, but it is not always their sole reason for being. Countless organisations need our donations to continue operating, but their goal is behavioural change.

One such organisation is the The Orang-utan Project

The Orang-utan Project does all of the things you might expect of a not for profit dedicated to saving Orang-utans. They call for donations, take bequests and operate tours, provide sanctuary and prepare orang-utans for release into the wild, but all of this is somewhat insignificant to their actual purpose which is to raise consumer awareness of the destructive nature of palm oil production – the very reason they need to do all of those other things.

It is estimated that 300 football fields of South East Asian rainforest are bulldozed every hour to make way for palm oil plantations – just allow that to sink in for a second.

The resource being gathered and deployed here is not anything as simple as finance or materials, but something much more elusive – the consumer’s conscience.

Given the sheer magnitude of food and consumables that contain palm oil, this is a big issue. 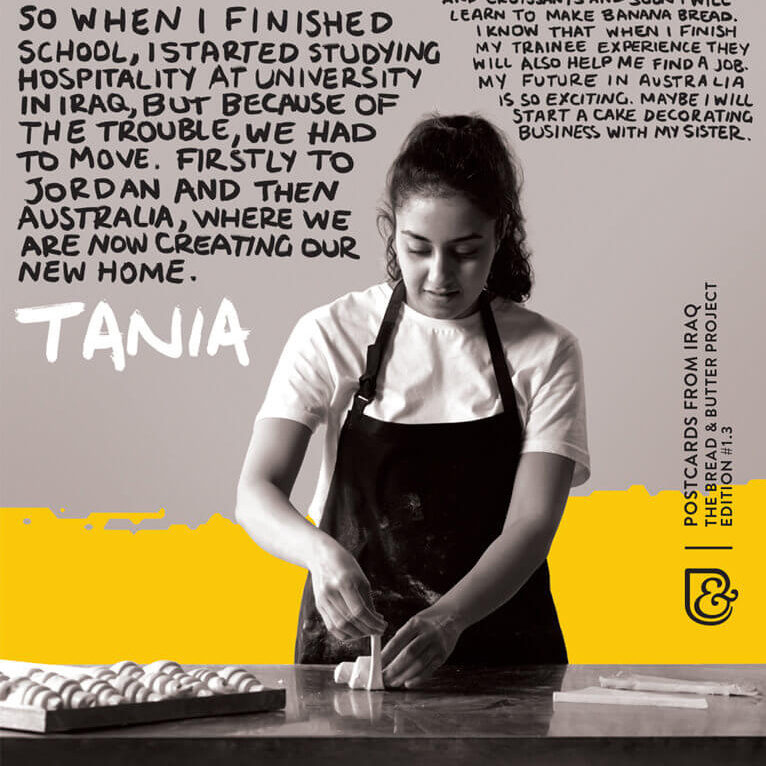 The Bread and Butter Project – Tania

For profit, social enterprises often begin as a philanthropic gesture but quickly discover, almost as a bi product, that their purpose and products are profitable

Such was the case with the Bread and Butter Project when Paul Allam convinced his business partner at the Bourke Street Bakery to help him set up Australia’s first social enterprise bakery.

The Bread and Butter Project is a successful, artisanal, wholesale bakery that trains and provides paths to employment for some of Sydney’s most marginalised and underprivileged citizens.

The Bread and Butter Project is able to boast that every one of their graduate bakers, since their launch in 2013, is sustainably employed.

When your product has a social conscience

I recently listened to an audiobook called “The Magic of Tiny Business: You Don’t Have to Go Big to Make a Great Living’ by Sharon Rowe.

Don’t let the title fool you, there was nothing ‘tiny’ about Sharon’s business, she is the CEO and founder of Eco Bags – the original, reusable shopping bags.

Sharon, a young mother was working at a training company when she founded Eco Bags in 1989. It was a response to two things – the sheer waste of single use shopping bags and her desire to live life and run a business without compromising her lifestyle or the things she believed in.

Her ‘market research’ involved walking the streets of New York and taking note of compliments she received for shopping with reusable string bags.

In her book, she describes how she started by selling reusable Eco Bag shopping bags from a stall at New York’s Earth day celebrations in 1990 and her success there led to more markets before becoming a wholesaler.

In 2007, reusable shopping bags became subject to the ‘Oprah effect’ when Oprah Winfrey presented Eco Bags to her audience during that year’s Earth Day episode.

This publicity led to a swift uptake in reusable bags and ultimately bans of single use plastic bags in some states and territories with Eco Bags riding the wave and reporting $16 million USD in annual sales. Coincidently, South Australia, the place that I live in, is also a leader in container deposit legislation and is progressively banning the use of single use plastics for certain applications.

The ‘tiny’ in the title of her book does not refer to the size of her business but her approach and despite running a global company, she still makes time in her work schedule to swim every day.

The audiobook, written and read by Sharon Rowe, is available to borrow as a free download from the South Australian Public Library Service 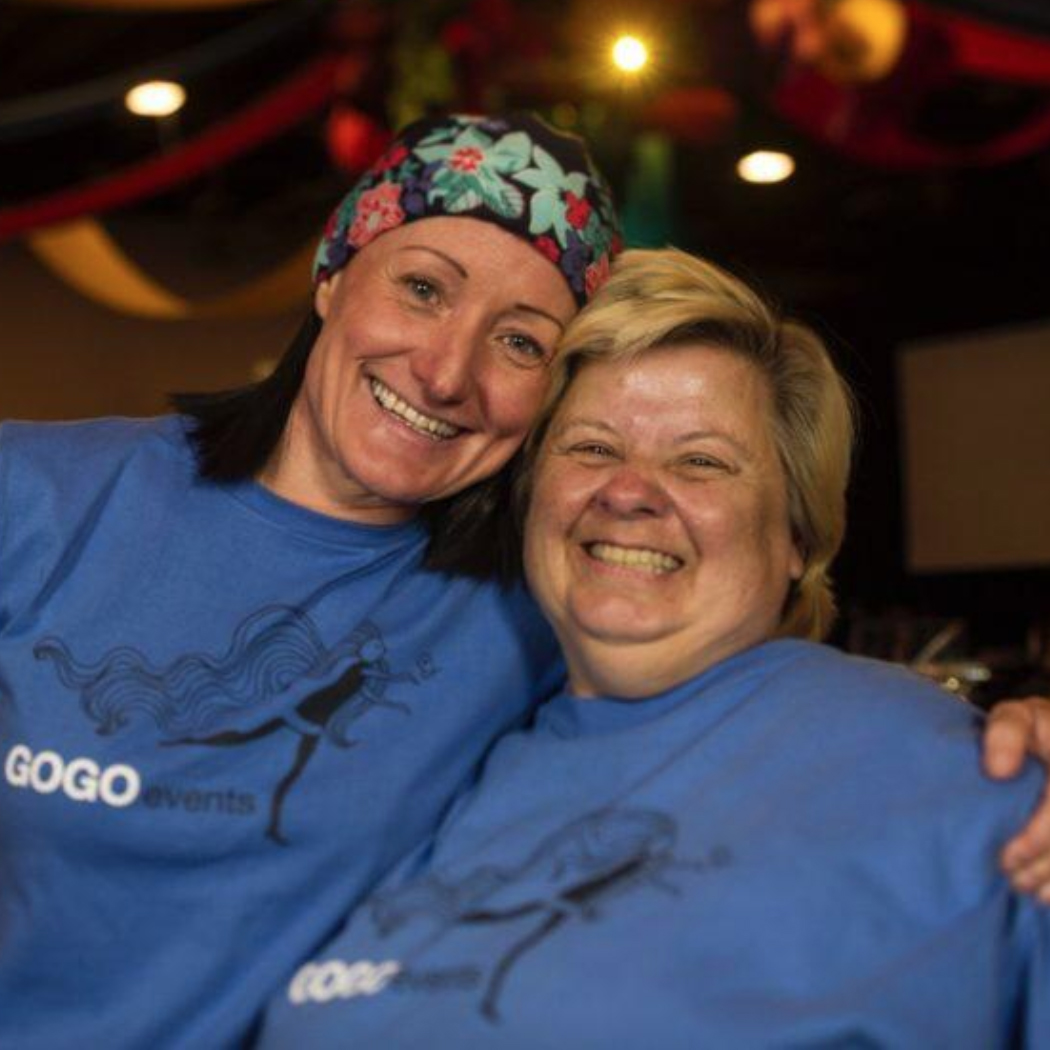 At a local level, I enthusiastically mention GOGO Events, an Adelaide based social enterprise that creates and manages magnificent events.

So, what’s the big difference?

GOGO events, founded by Sarah Gun, is an internationally award-winning enterprise that employs marginalised people and provides them with a meaningful path to sustainable and purposeful employment in the hospitality sector.

All of their events, big or small, corporate or community, create a positive social and environmental legacy.

Social entrepreneurs and the sharing economy

While organisations such as Airbnb and Uber are often cited as examples of how the sharing economy works, neither of them is, in the strictest sense, a part of the share economy – they are both service model businesses.

Airbnb hosts rent their properties to guests while passengers pay Uber for their driver to take them somewhere.

While Share Waste doesn’t say how many contributors they have, their members are well supported online with interactive maps and a smartphone app to connect people while Grow Free has in excess of 170 members carts in its Australian network with a few more springing up in New Zealand and the United States.

Social entrepreneurship is evolving and continuing to redefine itself. It is also growing. Cities such as Berlin are fast becoming global hubs for social entrepreneurs. There is also a strong relationship between a city’s start-up scene and the number of social ventures within it.

Thank you for subscribing to my blog : The Martin Haese Report.

If you haven’t already joined my network, you can sign up here for free. Please don’t hesitate to recommend my blog to any of your friends, family or colleagues who share our common interests.

Next blog post: Part Five – Hope for the best and prepare for the worst. What happens when things don’t go to plan?