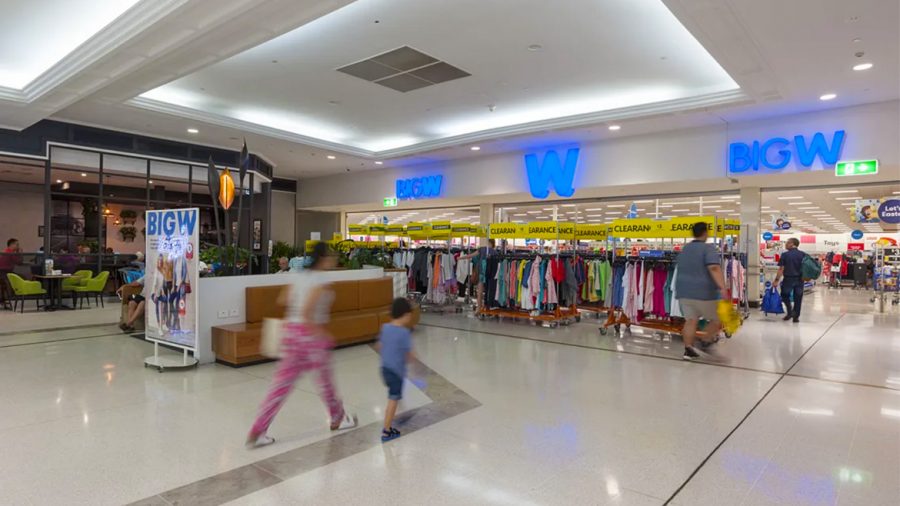 As a former national retailer, I like to pay attention to what’s happening in the retail sector. I also like to keep a close eye on this sector as it is a barometer for growing consumer confidence, or the opposite.

The news this week is that Woolworths will close thirty BigW stores effective immediately with two regionally based distribution centres marked for closure in the next two years. The business commentariat has flagged competition from online as a major contributing factor. Oddly enough, no-one seems to have noticed that BigW's competitors in the Discount Department Store (DDS) sector, Target and Kmart, are seemingly less affected. The truth is that BigW's problems started a little over a decade ago in South East Asia when Wesfarmers placed a call to Mr Guy Russo, the then retired President of McDonalds Greater China and former Managing Director and CEO of McDonalds Australia.

Someone at Wesfarmers had decided that Mr Russo might be able to salvage something from the emerging train wreck that was Kmart Australia. Mr Russo's appointment was to be the last roll of the dice for Kmart which had had something of a revolving door for senior managers with three Managing Directors occupying that position in 10 years. Mr Russo took some convincing, after all, what could a guy with 34 years of fast food experience have to offer a department store?

As it turns out, quite a lot.

I had the privilege of hearing Guy Russo speak at a conference just a few years after this spectacular turn around. A down to earth, unassuming man approached the podium and asked the audience to guess how much his outfit, a suit and tie, shirt and shoes, cost. He didn't tell us then, he instead saved that for later.

Mr Russo recounted the phone call he had received and his own trepidation about it but then pivoted to what we were there to hear, how he turned around a monolithic company like Kmart from the brink to setting the pace for other in the DDS sector to follow. How did he manage to make Kmart so 'cool' that numerous Facebook fan groups have popped up, boasting no less than a combined half a million followers; something unheard of for an Australian retail corporate.

Unsurprisingly, he discovered that after more than a decade of flagging sales, uncertain job security, heavy handed management, staffing cuts and other by-products of economic rationalism, the company had a culture problem. The people themselves had most of the solutions and they were more than happy to share them but collectively, Kmart didn't know how to win anymore and no-one even knew what the brand stood for.

The situation at Kmart was so dire that Wesfarmers, quite rightly, were not prepared to throw good money after bad and this presented yet another challenge for Mr Russo. He would have to change the company's culture on a shoestring budget.

Mr Russo called in his Senior Management team and work-shopped the feedback he had received over the previous months. The team looked at every business function and gradually a way forward emerged.

It was at about this time that Kmart launched a new TV marketing campaign. These weren't the adverts with people bouncing around to funky covers of 80's era one hit wonders; that would come later. These were simple ads that stated 'Expect Change.'

I remember discussing those ads with a colleague at the time; the genius of those two words as a slogan, their double meaning. The message that something was happening at Kmart and it was going to be affordable.

Meanwhile, the Kmart Senior Management team were reinventing the whole company and Mr Russo was proud of the fact that reinvention didn't automatically mean redundancies. He mentioned that some people left because they did not like the changes that were happening but no-one left Kmart during this period involuntarily. Mr. Russo was intent on refocussing as many of the existing personnel and putting their ideas into practice, building capacity and creating a winning team.

In an unusual move, much of the early focus fell on the buying department. Mr Russo tells the story of how, prior to his arrival, Kmart stocked somewhere between 20 and 30 different outdoor barbecues. Several brands with many options and this was whittled down to 3 barbecues - a good, better and best option.

During this time, some departments disappeared altogether which is why you can't buy plants and garden accessories at Kmart anymore. National brands were also in the crosshairs and Bonds was one of the first casualties. Why buy from an importer with no control over how their brand was discounted when Kmart had the resources to import their own product and sending buyers overseas with empty 'Open To Buys' led to further opportunities.

Mr Russo and the Senior Management team turned their attention to pricing and earned sage nods from the audience when he related that using pricing that ends in 0.95 or 0.99 cents is equivalent to lying to your customers; you both know that the item is the rounded up figure so why pretend?

Next it was the store's turn. New floorpans were introduced and the aisles were cleared of clutter. Does anyone remember the large cardboard bins full of $2 DVDs that obstructed every Kmart aisle? Those bins were bought and paid for by the suppliers but Kmart's profits from DVD sales were in steady decline. Those bins were removed for economic reasons as much as aesthetic ones.

All of this newly found space was filled with new stock. The buyers had been busy buying all those new product ranges that half a million Facebook Mums now love Kmart for.

Marketing then had its turn. Do you remember the last time you received a Kmart catalogue in the post? Me neither … and this proved his point before he made it. Mr Russo described the decision to drop catalogue advertising was like giving up cigarettes or hard drugs. For years, Kmart's poor performance was propped up and papered over by a regular cycle of catalogues. When catalogue advertising was dropped, Kmart entered a year long period of barely meeting last year's sales and many counselled starting them up again to arrest the situation. However, steady improvements in other areas of the business enabled them to justify and continue with the plan.

With all of these exciting changes happening elsewhere in the business, it must have been tempting to leave Retail Operations alone. However, Senior Management had a plan to change the company's culture and part of that involved giving staff members more control over the stores that they worked in. A new set of operating procedures were introduced where floor staff were empowered to make some decisions without the need to refer to their managers. I have personally experienced this when an item scanned at $10 instead of $5. The situation was immediately rectified without making me or the staff member feel uncomfortable; it's a nice way to shop.

The Cost of Change

None of the above changes were implemented without associated costs but they were cost effective (remember that shoestring budget?) and they changed the entire company culture at Kmart.

Target and BigW both noticed Kmart's resurgence on their sales performance and ultimately it's dominance of the DDS sector. In 2016, Mr Russo was promoted as CEO of the Wesfarmer's Department store division (Kmart and Target) and at the same time he was made Managing Director of Target. From that time, Target also started to change (for the better).

BigW tried to emulate their competitor's success but as events of the last few days show; it may have been too little too late.

And Mr Russo's outfit? Suit, shirt, tie and shoes came in at slightly under $100 from, you guessed it ... Kmart.

Get more articles like this in your inbox and become a more influential leader, join Martin’s network today …