Welcome to Part One of a series of musings on entrepreneurship.

Who and what is an entrepreneur?

Definition and history of the term ‘entrepreneur’

The Oxford English dictionary defines an entrepreneur as:

Entrepreneur. Noun. 1. A person who sets up a business, taking on financial risks in the hope of profit.

… and this is certainly what most people think of when they first consider an entrepreneur. However, the word is much older than you might think and its meaning has changed and continues to evolve over time.

‘Entrepreneur’ is borrowed from the French and is derived from the word ‘entreprendre’ which means ‘to undertake’, itself a translation from the German word ‘unternehmen’ – also meaning to undertake. The British, in their no-nonsense way, used the term ‘adventurer’.

What we do know about being an entrepreneur is that it requires both thought and action.

In the 16th century, the first French entrepreneurs were military men, ‘undertaking’ the building of roads and bridges for military purposes. Yet entrepreneurs existed before then and perhaps the most famous historical entrepreneur was Marco Polo, the Venetian born merchant and explorer who travelled extensively (and very profitably) throughout the near and far east. 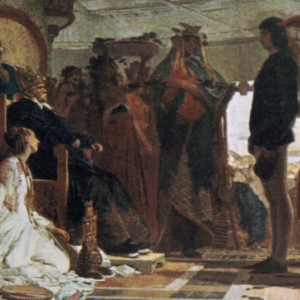 Marco Polo at the court of Kublai Khan

It wasn’t until the 18th century, with the start of the first industrial revolution that the term began to be more closely associated with business and commerce.

In 1755, Irish born Parisian, Richard Cantillon penned an essay ‘Essai sur la Nature du Commerce en Général’ or ‘Essay on the Nature of Trade in General’ where he defined the term entrepreneur as ‘a rational decision maker who assumed the risk and provided management for the organisation.’

While contemporaries such as Adam Smith assumed that entrepreneurs were simply capitalists, Cantillon’s definition is more nuanced as it emphasised the role of the entrepreneur in assuming the risk and dealing with uncertainty, distinguishing them from the person or organisation who provided the resources.

Perhaps more importantly, Cantillon’s definition did not limit the term’s usage to commerce and this is especially important in the 21st century with the emergence of intrapreneurs as well as social, political, and environmental entrepreneurs.

I recall with amusement someone referring to me as a ‘Mayorpreneur’ when I was Lord Mayor of Adelaide between 2014 – 2018. Let’s leave that judgement to posterity.

In the 21st century, the term entrepreneur better describes a mindset or modus operandi and more succinctly describes someone who, regardless of their endeavour;

2. Assumes the responsibility for the risk involved in new ventures, and

3. Has the managerial skills to gather and deploy the required resources

One of the enduring stereotypes is that entrepreneurs are inventors and social misfits and you need look no further than Hollywood’s less than flattering portrayal of Mark Zuckerberg in ‘The Social Network’ or worse still, the focus on Howard Hughes’ obsessive compulsive disorder in ‘The Aviator’.

More recently, in 2018, the world’s media focused on the space journey of Elon Musk’s Tesla Roadster while the launch of SpaceX’s Falcon Heavy rocket which put it there, was reported almost as an after-thought.

Spaceman, sitting in his Tesla listening to David Bowie, with the words ‘Don’t Panic’ inscribed on the glove box (a nod to The Hitchhiker’s Guide to the Galaxy) was certainly not an accident and some might argue that the launch of the Falcon Heavy rocket would have gone largely unnoticed by the 24 hour news cycle if not for its unusual payload.

Later that year, footage of Elon Musk smoking marijuana resulted in a drop in the value of Tesla shares and consumed the media for months.

My point is that the world is becoming increasingly fascinated by entrepreneurs, even if we do not entirely understand them.

Another myth is that entrepreneurs are always inventors. Sometimes they are but often they are not – or at least not in the way that most people may interpret that term.

Entrepreneurs are always innovative, but not necessarily inventors. Perhaps a better way to describe entrepreneurs is ‘creative problem solvers’.

Take for example Eli Whitney (1765-1825) who was responsible for one of the industrial revolution’s most important inventions, the cotton gin.

In the late 18th century, while travelling to South Carolina, Whitney met the widowed Catherine Greene who invited him to visit her plantation in Georgia. As Mrs. Greene’s guest, Whitney constructed some clever labour saving devices for the household which led his host to introduce Whitney to a group of businessmen who were looking for a way to increase the efficiency of cotton production, specifically a way to separate the seeds from the lint which was, at that time, done by hand.

With limited knowledge of the industry, product or production but a talent for innovation, Whitney invented his cotton gin which enabled a person to process up to 25 kilograms of cotton per day compared to the less than half a kilo when done by hand. 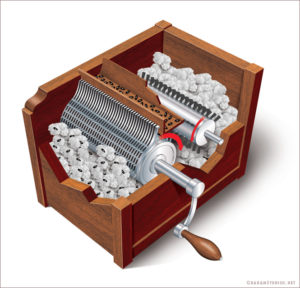 Backed by Mrs Greene and other investors, Whitney formed a partnership with Mrs Greene’s plantation manager with the intention of charging cotton growers two fifths of the value for cleaning their crop. Resentment at the price and business model, the simplicity of the design and primitive patent protection laws in 18th century America meant that the design was quickly copied but the cotton industry and national economy were significantly transformed.

As the plaintiff in multiple lawsuits for patent infringement, Whitney did not get rich from his invention, however lessons were learnt, and Whitney was later credited with the development of interchangeable parts in musket manufacturing. It should be noted that standardisation and interchangeable parts was not a new idea – humans have been using the concept since Roman times but Whitney was one of the first to adapt the idea to a commercial scale in the manufacture of arms for the military.

Entrepreneurs can and do experience failure, however while Whitney may have failed to monetise the cotton gin for personal gain, his intellectual property was one of the most important developments of the first industrial revolution. It transformed the cotton industry and the national and global economies.

Take for example a successful book shop owner, buying and selling the latest airport novels or even second-hand books from a bricks and mortar store. This model has served humanity well throughout history and there is nothing fundamentally wrong with earning a living through self-employment – until a disruptor enters the market.

Enter Jeff Bezos who has been many things in his lifetime, including a successful bookseller but selling books (or indeed any other product) wasn’t Jeff Bezos only goal when he founded Cadabra Inc in the mid-nineties.

Cadabra Inc was renamed Amazon when Jeff Bezos’ lawyer pointed out that the reference (to magic – as in Abracadabra) was too obscure.

Are entrepreneurs born or made?

The nature vs nurture argument is as old as time and if we introduce that old English translation of entrepreneur as adventurer we might well ask ‘are children born adventurous or is it learned behaviour?’ 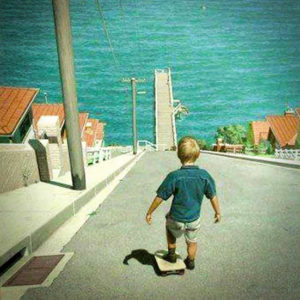 In my experience, entrepreneurs are undoubtedly a product of their environment and there are common traits which support this view.

For example, most entrepreneurs are likely to have role models – a family member or peer who has already blazed a trail – or they have had exposure to an entrepreneurial environment.

Entrepreneurs are also likely to have had experience with product development, distribution, marketing and in other areas such as general management. They also embrace technology as an enabler of change.

Entrepreneurs are likely to have had 8-10 years of experience working in their chosen field – long enough to have learned not only the ropes but also long enough to have observed its flaws and to have spotted opportunities. They have almost certainly been there long enough to have asked ‘why do we do things that way?’ and been told ‘because we have always done it that way’ (aka, one of the most dangerous phrases in business).

Entrepreneurs ask lots of questions; of themselves, of others and of the future.

I have certainly had the good fortune of surrounding myself with entrepreneurs for many years and they come from all walks-of-life. However, without fail, I find their characters to be restless, searching and inquisitive and I almost always find them to also be inherently creative. They see opportunities ‘between the gaps’ and do not think in a linear manner.

Entrepreneurs also drive change. They are a catalyst for change in business and within society. In my observations, they are partly driven by leaving a legacy of change.

Another trait I have noticed and I mention this without wanting to further hackneyed stereotypes, entrepreneurs share a mild (but healthy) sense of paranoia or perhaps heightened sensitivity and I have often wondered if this is linked to a different or even greater level of emotional intelligence.

I have also concluded that while entrepreneurs invest in their own ventures and those of others, they have a very different skill set from an investor, angel or venture capitalist. This then begs the question if entrepreneurs do it for the money? Personally, I’m not so sure that financial return is the primary motivating force. While everyone in business (entrepreneur or otherwise) seek a return for their efforts, entrepreneurs are driven by something more; something deeper. While some adventurers climb mountains, entrepreneurs satisfy their deep-seated quest for adventure by building great enterprises.

“Having founded, built and sold successful enterprises myself, I have not as yet concluded whether I was an entrepreneur, a business owner or I just have entrepreneurial tendencies, or whether it is entirely situational.”

Nonetheless, I have concluded that I am fascinated by entrepreneurship. I have met entrepreneurs all over the world, co-founded the Entrepreneurs’ Organization in my hometown of Adelaide Australia, attended global conferences and read several hundred books on the topic. I have just re-read a book by Tom Butler-Bowdon called ’50 Prosperity Classics’ which is a precis of many books on the topics of wealth creation and abundance.

Now imagine if businesses, both large and small, were able to identify and harness that entrepreneurial mindset instead of sometimes creating an environment that pushes them away to potentially create new competition.

Thank you for subscribing to my blog.

If you haven’t already joined my network, you can sign up here for free and please don’t hesitate to recommend my blog to any of your friends, family or colleagues who share our common interests.

Part Two – Intrapreneurs – who they are and how to develop and grow them?